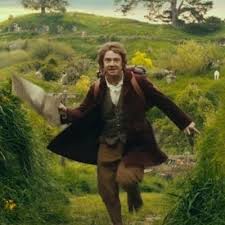 Thus spake Bilbo Baggins as he rushed along the dirt path from Baggend into an adventure far more perilous and rewarding than he could ever imagine. He did not know where his new and ever expanding road would lead but he was driven to answer the call. I’ve recently answered a call as well and, as I do more often than I should admit, I turn to the Shire for some inspiration.

My road will not lead to an encounter with a dragon and I sincerely hope not to become entangled in a giant spider’s web, but challenges will definitely arise. You see, I have a new book titled Out of the Basement slated for release in May 2020! It has been a good four years in the making and I am increasingly proud of the final result. The current draft of back cover synopsis reads:

“Michael Tanner is a citizen of two worlds. His outer world as a respected college professor affords him the opportunity to quietly pursue his joy of learning. His inner world, shaped by childhood abuse, is a prison of shame and pain, where he battles mythological monsters that draw power from his nightmarish memories.

Michael has mastered the art of hiding his pain while in full view. He is convinced that the sturdy life into which he has settled is good enough. Michael’s unexpected publishing success, however – with his book Bruce and Buddha: How Rock and Roll and Ancient Wisdom can Guide your Life – pushes him well beyond his comfortable existence.

Bolstered by the possibility of romance, the encouragement of old friends, and a new ally, Michael decides he must face his past. Only by challenging humiliation can he earn the inner victory necessary to bring authentic peace to his life.

Out of the Basement. Find Hope in the Darkness”

Roads go Ever Ever On 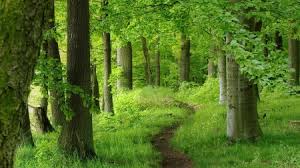 I can’t help but get a little reflective as I have had books published before. What I never found was my footing as a marketer. Maybe it was because I am a teacher and we don’t market much…our captive audience just shows up! Maybe I was not willing to embrace the business side of writing. Maybe I was intimidated by how daunting the task seemed. Maybe I…who cares, because right now none of that matters. Doesn’t matter one bit. You can’t move forward fretting about your past. Now is the time to walk on new paths. In the months leading up to the release of Out of the Basement there will be websites to build, Amazon author pages to construct, keyword research and optimization…what was I saying earlier about spiderwebs? I think I just ran into one. That’s ok. Won’t be the last one. I think I’ll just keep moving.

Here’s the best part of this announcement. I’ve wanted to be an author (someone who makes a living writing) since I was eight. I’m now forty-eight and still chasing dreams. Hope you are too!

Until next time…keep fighting the good fight with all thy might!

Challenges and obstacles have plagued people for over 4,000 years. These problems take on different guises and involve new players but have remained consistent over time. They include the problem of conduct (how to act), the problem of knowledge (how can we trust what we know), the problem of governance (what is the best political system for people), and the problem of salvation (how do we overcome shortcomings and live a worthy life). Pop culture will be our vehicle as we evaluate these concepts and seek our place in the circle of life